A Look at Housing Supply and What It Means 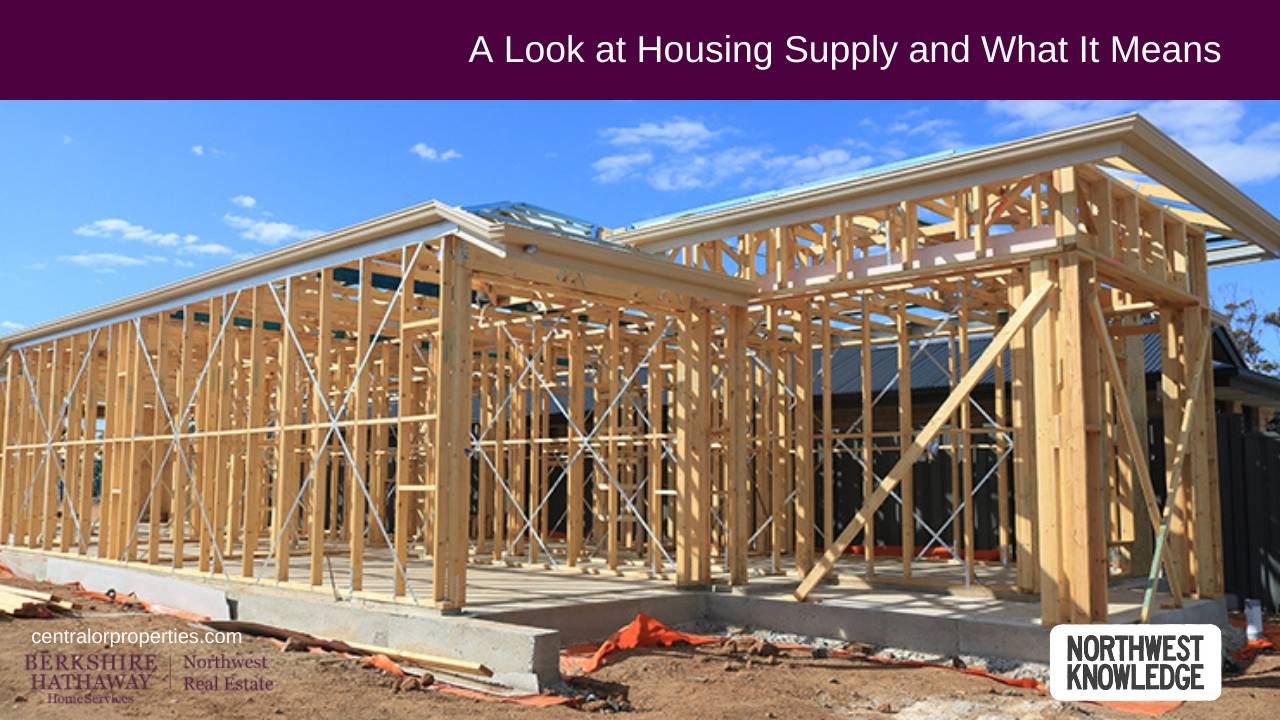 One of the hottest topics of conversation in today’s real estate market is the shortage of available homes. Simply put, there are many more potential buyers than there are homes for sale. As a seller, you’ve likely heard that low supply is good news for you. It means your house will get more attention, and likely, more offers. But as life begins to return to normal, you may be wondering if that’s something that will change.

While it may be tempting to blame the pandemic for the current inventory shortage, the pandemic can’t take all the credit. While it did make some sellers hold off on listing their houses over the past year, the truth is the low supply of homes was years in the making. Let’s take a look at the root cause and what the future holds to uncover why now is still a great time to sell.

Where Did the Shortage Come From?
It’s not just today’s high buyer demand. Our low supply goes hand-in-hand with the number of new homes built over the past decades. According to Sam Khater, VP and Chief Economist at Freddie Mac:

“The main driver of the housing shortfall has been the long-term decline in the construction of single-family homes.”

Data in a recent report from the National Association of Realtors (NAR) tells the same story. New home construction has been lagging behind the norm for quite some time. Historically, builders completed an average of 1.5 million new housing units per year. However, since the housing bubble in 2008, the level of new home construction has fallen off (see graph below):

The same NAR report elaborates on the impact of this below-average pace of construction:

“Looking ahead, in order to fill an underbuilding gap of approximately 5.5 million housing units during the next 10 years, while accounting for historical growth, new construction would need to accelerate to a pace that is well above the current trend, to more than 2 million housing units per year. . . .”

That means if we build even more new houses than the norm every year, it’ll still take a decade to close the underbuilding gap contributing to today’s supply-and-demand mix. Does that mean today’s ultimate sellers’ market is here to stay?

We’re already starting to see an increase in new home construction, which is great news. But newly built homes can’t bridge the supply gap we’re facing right now on their own. In the State of the Nation’s Housing 2021 Report, the Joint Center for Housing Studies of Harvard University (JCHS) says:

…Although part of the answer to the nation’s housing shortage, new construction can only do so much to ease short-term supply constraints. To meet today’s strong demand, more existing single-family homes must come on the market.”

Early Indicators Show More Existing-Home Inventory Is on Its Way
When we look at existing homes, the latest reports signal that housing supply is growing gradually month-over-month. This uptick in existing homes for sale shows things are beginning to shift. Based on recent data, Odeta Kushi, Deputy Chief Economist at First American, has this to say:

“It looks like existing inventory is starting to inch up, which is good news for a housing market parched for more supply.”

“As the inventory is beginning to pick up ever so modestly, we are still facing a housing shortage, but we may have turned a corner.”

So, what does all of this mean for you? Just because life is starting to return to normal, it doesn’t mean you missed out on the best time to sell. It’s not too late to take advantage of today’s sellers’ market and use rising equity and low interest rates to make your next move.

Bottom Line
It’s still a great time to sell. Even though housing supply is starting to trend up, it’s still hovering near historic lows.